Home / They say things happen for a reason – here’s the reason: 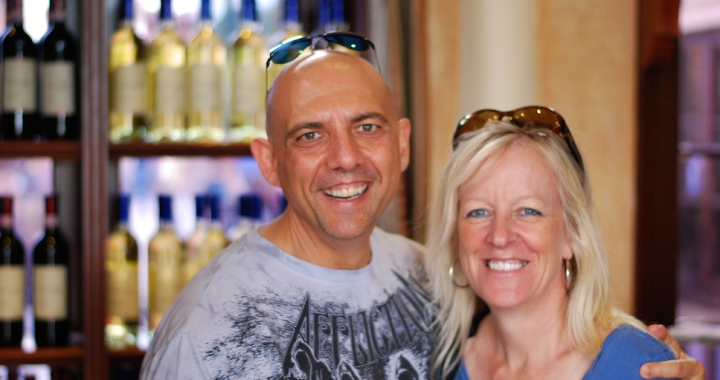 They say things happen for a reason – here’s the reason:

They say things happen ‘for a reason’ – here’s that reason:

An American tourist on safari in the Sahara Desert, takes a wrong turn and becomes lost. After a long morning sweltering underneath the hot sun, he spots a man riding towards him, on a donkey.

Turns out, the man’s a peddler.

“Please help me,” cries the tourist “I’m dying of thirst!”

“I’m sorry” says the stranger, “…all I have are neckties.”

“I like you,” says the peddler, “So here’s what I’m going to do. I normally get $15 dollars each for these neckties. But seeing as though you’re suffering so, I’ll let you have two of them for only $30 bucks. O.K.?”

Frustrated, the tourist turns away, disgusted and still burning with thirst. After mindlessly wandering for hours and hours… finally, in the distance, he sees an oasis.

By now though, he’s on his knees, crawling towards it – his last hope for survival. As he nears the oasis, he looks up and sees a man in a tuxedo standing under a palm tree. “Please,” he asks. “Do you have any water?”

“This way sir, the restaurant is right inside.”

“However, unfortunately… sir. I can not let you in without a necktie.”

Sometimes, what we think is a bad thing… might be a good thing. What we think is unnecessary… might be absolutely vital. We live simply and without complication, trusting some higher power or life force, is guiding our steps.

The problem is, you can’t connect the dots moving forward.

Sometimes, choices are put right in front of us and we ignore them.

I’ve made a ton of mistakes over my career and during my life. And I find the biggest mistakes could have been avoided simply by listening closer, considering a different option, and then at least asking some questions – and then asking more questions.

But blindly ignoring something – and being so much of an expert you know what you ‘can’t do,’ costs you.

Listen to the messages you’re being sent. Because sometimes things DO come up ‘for a reason.’ The tease is, you just don’t know what that reason is, when that thing comes up.

If you hear the same bizarre thing over-and-over again, it probably means you need to act on it – or at least stop dismissing it. And always think about possible solutions instead of dwelling on the problems.

Here’s an example of something I thought was a bad thing, but turned out to be a very good thing. True story: Back in 1990 when I was a headhunter (a recruiter), I lost a placement with a candidate I’d worked my ass off for. It was a frustrating experience that cost me $30,000, which is a good chuck of change today, but a MASSIVE chunk of change back in 1990. However…

That wasn’t the reason this guy came into my life. You see, two years later, I was selling insurance and I get a phone call from this same guy. He’s the CFO of a company and he wants me to come out to meet the VP of his company to take over their insurance program.

I meet with the VP, think to myself “Wow, what a cool woman. And Lordy, she’s pretty hot. In fact, I was so attracted to her, it was a little awkward for me in the meeting. (But of course, I kept my cool, lol)”

Funny how things turn out, isn’t it?

P.S. Yes, I want to download these 12 Free Reports:

On Sale Plus Free Shipping