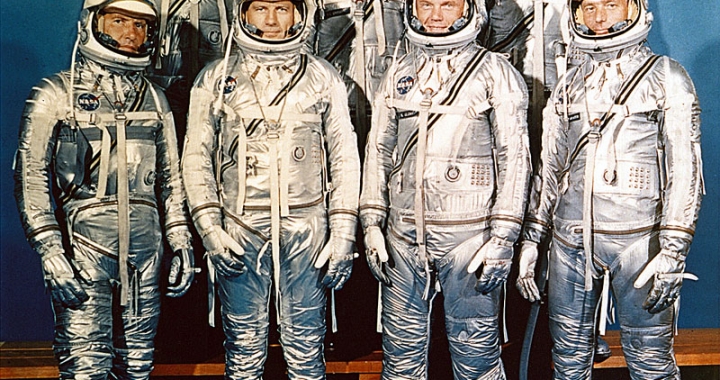 How to sell more: Can YOU solve this simple business problem? (Live NY Times Case Study)

Can you solve this simple business problem?

Great article in the New York Times recently, that presents on the surface — a business problem.

But in reality, one that’s VERY solvable.

The article was written by Adam Davidson, and it’s called:

Read through it, and then we’ll discuss the problem:

A few years ago, Peter Frew came to New York with an important professional skill. He was one of maybe a few dozen people in the U.S. who could construct a true bespoke suit.  Frew, who apprenticed with a Savile Row tailor, can — all by himself, and almost all by hand — create a pattern, cut fabric and expertly construct a suit that, for about $4,000, perfectly molds to its owner’s body.

In a city filled with very rich people, he quickly had all the orders he could handle.

When I learned about Frew, I assumed he was some rich designer in an atelier on Madison Avenue.  That’s what Frew hopes to be one day, but for now the 33-year-old Jamaican immigrant works out of his ground-floor apartment near Flatbush Avenue, in Brooklyn, and makes around $50,000 a year.

His former living room consists of one large table piled with bolts of cloth and a form with a half-made suit.  As Frew sewed a jacket, he explained how he customizes every aspect of its design — the width of the lapel, the number and size of the pockets — for each client.

What makes a bespoke suit unique, he said, is that it’s the result of skills that only a trained hand can perform. Modern technology cannot create anything comparable.

As I watched Frew work, it became glaringly obvious why he is not rich. Like a 17th-century craftsman, he has no economy of scale.  It takes Frew about 75 hours to make a suit — he averages about two per month — and he has no employees.

A large part of his revenue is used to pay off his material expenses, and because his labor is so demanding, he relies on an outside salesman, who requires commissions. (Frew can’t even afford to make a suit for himself.  When we met, he was wearing shorts and a T-shirt.)

While he hopes to one day hire full-time assistant tailors and rent a Manhattan showroom, he knows it will be a huge challenge to get there.

Tailors pose an odd riddle for our current economy.  Why can’t a wealthy city — particularly at a time when the rich are doing so well — support a niche business that people are willing to pay for?

Even London, the historic home of the bespoke suit, isn’t immune.  During the 1980s and 1990s, Anderson & Sheppard — the prestigious Savile Row suit maker to kings and movie stars — seemed content to survive through its existing clients and, perhaps, their sons.

But in 2005, Anda Rowland joined the company and began catering to newer customers. (She even plans to introduce a line of casual trousers and accessories to capture more of the brand’s value.)  Seven years ago, the company made 17 suits each week for revenue of $3.6 million.  Today Anderson & Sheppard makes around 25 suits per week, for $5.4 million a year.

Growth of 40 percent over seven years is mediocre for many businesses and could get a C.E.O. fired from a large apparel firm.  But for the bespoke industry, it’s close to miraculous.  As Rowland explained to me, even with a century-old reputation and a profoundly loyal customer base, it’s nearly impossible to get ahead. “There’s no scalability,” she explained. “Whether we’re making 50 suits or 1 — each unit costs the same.”

In essence, Anderson & Sheppard simply faces a larger version of the problem plaguing Frew.  Bespoke suits — like expensive couture gowns — are great for building a reputation, but they are lousy for business.

And modern clothiers’ profits have long come from establishing a strong brand and then emblazoning it on all sorts of cheaper products, like fragrances, which can be mass-produced.

Michael Kors and Ralph Lauren — not to mention Carolina Herrera — began as small studios before spinning off into variegated billion-dollar businesses.  Meanwhile, Anderson & Sheppard stuck to its stock in trade and has stayed about the same size.

However, Martin Greenfield Clothiers in East Williamsburg, Brooklyn, has maintained high-quality tailoring standards along with modern efficiencies for decades. Greenfield himself says the factory floors are almost the same as when this place opened, in 1916, and nearly identical to what he first saw when he got a job here in 1947, before he bought the factory.  More than 100 tailors sit at sewing machines, some ancient, or work by hand.

Greenfield’s factory makes custom suits, which are known in the business as made-to-measure.  Customers can go to a third-party boutique, like J. Press, to pick a fabric and be measured. The cloth and measurements are then sent to Brooklyn, where patterns are created, fabric cut and then sent through the production line of cutters and tailors.

Just as Adam Smith described in “The Wealth of Nations,” there are huge efficiency gains when one complex process is broken down into constituent parts and each worker specializes in one thing.  At Greenfield, one worker sews pockets all day long, and another focuses entirely on joining front and back jacket pieces.  The labor involved in each suit’s construction is about 10 hours. The suits Greenfield makes typically retail at around $2,000.

Even with all those efficiency advantages, Greenfield isn’t without its difficulties. Demand has fallen just as the cost of raw materials has gone up. Manufacturers in China, where a suit can be made in about 30 minutes at a cost well below $100, are driving up the price of wool, which increases the prices of fancier fabrics too.

A few decades ago, there were thousands of clothing factories in New York. Now Greenfield’s is one of only a handful left.  He and his sons, Tod and Jay, who run the business with him, say there are several ways they could have made more money, but their two best bets are selling their building to a residential housing developer or moving their manufacturing operation to Asia.

Sentimentality aside, Greenfield told me that he has not even considered moving. Suiting is an apprenticeship business, and new employees learn their craft by watching the many people who have worked there for years. If they started over, they could never replicate that institutional knowledge. At the end of the day, he said, their only competitive advantage is that knowledge.

Unable to move, though, they’re also unable to make much profit. They pay New York prices for all their services and are further undercut by cheaper suits coming from low-wage countries that use all the latest technology, which is, indeed, getting better.

The glue that simulates stitches is nowhere near as good as hand sewing, but it’s an awful lot better than it used to be. The whole marketing apparatus of fashion magazines, shows, billboards and celebrity endorsers is increasingly sophisticated.

As the handcrafted stuff continues to cost more, it just keeps getting easier and cheaper to profit from mass-produced branded products.

Still, I kept thinking that if people spent the time to learn about suits, they’d value Frew’s work so much more.  But not everyone is willing to wait.  Bespoke suits commonly require three fittings, and that’s after a long consultation.  Even the richest customer simply has to wait — sometimes months — before the new suit is finished.

No wonder so many pass up a $4,000 bespoke suit for a ready-to-wear Kiton version at twice the price.

When I spoke to Frew, Rowland and the Greenfields, they talked about how there is now a large difference between what is monetizable and what is actually valuable.

One of the defining attributes of capitalism is that the market determines what succeeds even if it means that the Kardashian Kollection might bring in more money than all the bespoke suits in the world.

O.K., so between today and Monday, let’s see how many smart solutions to this problem, we can come up with.  Just post them, along with any comments and thoughts you might have, right below this post

On Monday, I’ll give you my thoughts on the advice I’d give, if these guys were my clients.

And between now and then… have a great weekend.

How To Make Maximum Money With Minimum Customers – LIFETIME Guarantee!

Fifty Shades Of Gray: This message is Rated R