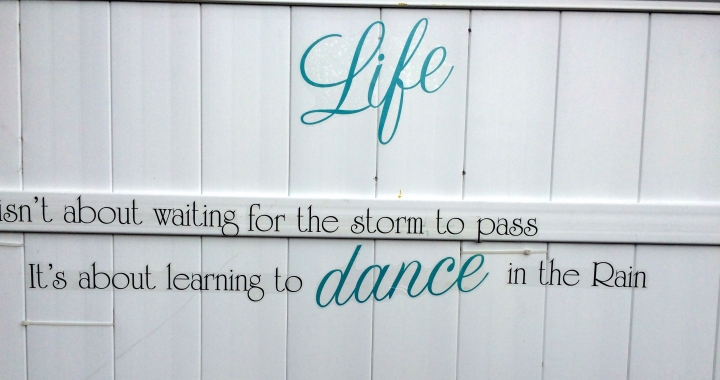 Where are you going to be in 5 years? (ps: it doesn’t matter)

I don’t watch loads of television. But when I do, I like to watch movies on Netflix… documentaries – mostly on animals and science… and sports. There are also a few series I really like, or liked… like Mad Men, The Following, and Dexter.

However, being happily married, one of the things that comes along with this, is having to watch some of your wife’s television shows. Even though you don’t like them.

Now in all fairness, my wife is pretty good about this. She doesn’t really “force” me to watch anything, and we’ve both learned to be a little tolerant with what the other one likes to watch.

One of the shows she likes is The Millionaire Matchmaker. If you aren’t familiar with the show, here’s the deal. The show takes place in LA, and basically you have a glitzy matchmaker named Patti Stanger (ironically, from Long Island, New York) who, along with her team, searches for love for the two guests on each show.

They set them up on a variety of encounters, and then the guest choose one special person (lol) for their final date.

The catch is, the guests who are getting the dates, are all millionaires who have supposedly been vetted out by the show’s producers.

And the contestants (the ones vying for the date), all know this.

I always found this entire concept odd, because if I were successful and looking for a woman to hang out with… the very last thing I’d ever do is let her know I was successful.

I’d be lying if I said I was speaking from experience here, but it seems to me there are just too many moving parts you introduce when you lead with this as your focal point.

But what do I know?

I’ve been with my wife for 22 years and didn’t start making any really good money until long after we started our relationship.

So really, who knows? Maybe you get better women this way, or maybe they want to please you more. I really have no clue, but it just “feels” suspicious to me. Like you’re starting off on the wrong foot or something.

Anyway, I actually like Patti Stanger. She’s really direct, and she calls people out on their shit. And she’s not afraid to tell her guests when they’re acting like children and when they are being selfish.

Last week though, I was watching one of the episodes (we record the programs and watch them when we have some time at night), and Patti said something that I really disagreed with.

She was advising a woman to “Ditch any guy who doesn’t know where they are going to be in 5 years.”

I don’t think this makes sense at all, and here’s why.

You know, life is very interesting. For most of us – and by us, I mean entrepreneurs and business owners… planning just your week out is overwhelming. Planning out the month just isn’t something you do… and planning out 5 years would be like sitting down and eating a fresh bowl of tree bark.

It’s just not something you do.

I think the world today is filled with so much uncertainty around every corner… that no one can be genuinely real and say “they know where they are going to be in 5 years.”

And with technology and progress moving at increasing warp speed… and getting faster daily, in all fields… most of the opportunities you’re going to have 5 years from now, don’t even exist today!

Not to mention, the amount of personal tragedy, loss, challenges, and struggles most of us have to deal with during the course of our lifetime, is staggering.

For instance, you think you’ve had it tough?

Listen to this. Yesterday, I met a guy who wants to do business with me. Lovely guy, really sincere, salt of the earth fellow. He’s 68 years old, and I asked him to tell me his story. You know, about his family, his business, and how he got where he is today.

He mentioned along the way that he had two kids. And then he talked about one of his children who was a fantastic athlete in high school, and then went into the Marine Core, and today runs a successful small business.

When I asked about his other child, he just sort of looked at me puzzled. And I said, “You mentioned you have two children – you told me about your son who was a great athlete – what about your other child?”

He then proceeded to tell me that his other child, a girl, had a brain stroke when she was 28 years old… and that he and his wife (married 51 years) have been caring for her every day since then.

I gave the guy a warm pat on his back and told him how sorry I was and how strong he and his wife must be, and I told him how much I admired him for what he’s done.

I mean, I don’t think, even if his wife had met him on Patti’s show… either of them would have ever imagined the series of events that would follow.

Another woman I met recently, she was telling me how both of her children had serious drug addictions. One, about to do serious prison time… and the other has been in and out of jail for the last 15 years. They are only 28 and 30 years old.

I’m sure, when she was cuddling them in bed at night, tucking them in underneath the covers when they were little… and when she was wondering and hoping and thinking about all the interesting things life might bring them… “heroin addict” wasn’t one of those things she considered.

I recently wrote a lead generation direct mail piece that got a 32.85% response within the first 8 days. If you want me to help you create marketing strategies that get results like this, go here

Sure, there are loads of wonderful experiences we all get to have. But my point is, for most of us… the future is terribly uncertain. And you can bet the farm on the fact that while you’re going to laugh a lot… you’re also going to have to swallow a lot of bitter pills along the way.

So if you’ve ever sat there, freaking out because you don’t know where you’ll be in six months, or in 12 months, or good Lord, in five years… relax.

I think most of us do really good just putting one foot in front of the other, one day at a time. After all, it takes enough strength just to do this.

If you’re anything like me, you’ve already got your hands full, just with today.

Thanks for listening, and feel free to comment below with any of your own thoughts on this.