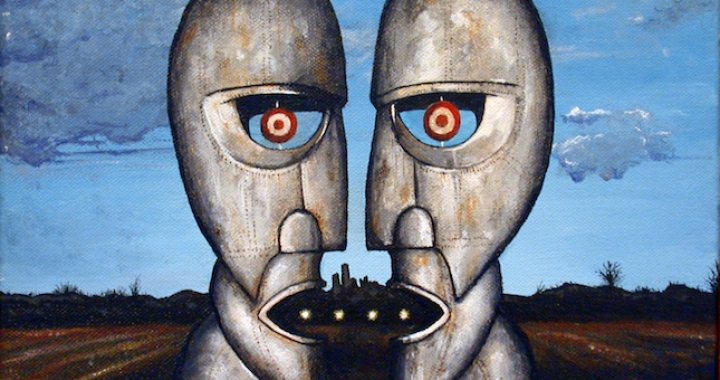 As a music lover, and a child of the 1970’s, I spent a lot of time in my room listening to albums.

One of my favorite bands was, and still is, Pink Floyd. There are a number of reasons I love their music, but one of the strongest was their guitarist, David Gilmour.

Gilmour, who grew up in Cambridge, England, is the kind of guitarist where, there really are no wrong notes. Each note he plays has a purpose, the same way in a good sales letter, each word has a purpose.

Gilmour’s not the fastest or flashiest guy around, but he doesn’t need to be. That’s not his calling.

His calling is to take you through such a wide range of emotional highs and lows, and in doing this he literally sucks you right into the music.

Here’s a few interesting facts about Pink Floyd you may find unusual:

The release of many new Pink Floyd albums came immediately before major economic disasters. This actually happened 12 Times during a 30-year period!

(How’s that for a leading indicator?)

In fact, immediately after two albums, the stock market suffered two of the greatest financial collapeses in modern times. For example, six weeks after “A Momentary Lapse Of Reason” was released in 1987, came “Black Monday” – the biggest plunge on Wall Street since 1929.

And then, right after “The Division Bell” came out in March of 1994, the global bond market melted down faster than a cube of ice at a summer picnic.

Now let me tell you something else that’s kind of weird about all this. Scientists have given a name to this kind of a phenomena, and that name is “synchronicity”. In fact, Carl Jung, the founder of analytical psychology, defined “synchronicity” as “the relationship between coincidental events that seem related, but are not explained by conventional mechanisms.”

In this case, the release of the albums and the relationship to the economy is the coincidental event.

Now when you’re writing sales copy, ideally… you want to “imply” synchronicity by stringing together various different ideas… And then you want to lead your prospects all the way up the ladder through each one of these ideas so they come to the same conclusion — that they need to order your product, because this is the best solution available for them.

See, if people can inherently find synchronicity in your deal, then that’s just further proof that “it’s meant to be.”

Good, because here’s something that’ll totally confuse you. You see, SOME scientists don’t believe that synchronicity even exists.

***
I recently wrote a lead generation direct mail piece that
got a 32.85% response, within the first 8 days. If you want
to routinely get results like this, go here

They say this willingness to believe that events are related, is nothing more than the mind’s tendency to want to look for and recognize patterns — whether they are real or not — amidst disorder.

Kind of like trying to find common ground between why people get certain illnesses or experience similar reactions, and tying these things to a common event.

These folks feel this intense inherent desire for resolution is the same reason why people feel they see specific shapes inside clouds, or why they see the shape of a religious figure in a piece of whole wheat toast.

Interesting how the mind works, isn’t it?

Have yourself a great weekend.