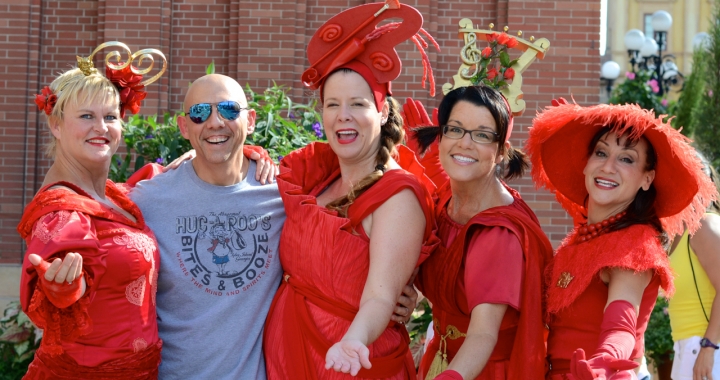 Mine was pretty mellow and chilled out.

A cigar, a slow drink, my wife, and some good friends.

I thought about this because many years ago, I did some volunteer work as a Guardian Ad-Litem. And I remember one case I was involved with, in particular.

In fact, it was the only case I was involved with because there was too much drama and I’m not into drama — especially other people’s drama.

We went in front of the judge, and as you’d imagine… there were all sorts of useless things going on with these kids.

In case you haven’t heard of this — a Guardian Ad-Litem is an outsider the court assigns to look over kids in a family that’s going through stress. Like an independent court-advised representative.

The problem is, once they bring in a Guardian, each parent starts jockeying for position with the Guardian, like politicians trying to win a debate.

If you’ve never been divorced before, let me tell you — if you’re not communicating and getting along when you’re married… this conflict escalates logarithmically once you officially unwind the relationship.

I’m speaking from experience here. Even though my divorce is now a lifetime away (early 1990s), I still remember the stress of it, quite vividly.

In other words, most of the time, these Guardians are just playing referee between two people caught up in a bitter divorce. And you really don’t have much of an impact on the kids – which is what attracted me to this kind of volunteer work, in the first place.

Anyway… so we go in front of this judge, and he was a pretty cool guy. Didn’t take on any of these family’s problems, and maintained a smooth composure and fairness about himself.

Special Report: 7 Biggest Marketing Mistakes Entrepreneurs Make, And How To Avoid Making Them

Both sides are pleading their case, going back and forth like two siblings in front of their mom, each one trying to prove it wasn’t them who broke the dishwasher, it was the other guy.

The mom’s accusing the husband of beating the crap out of the kids… and the husband’s saying, “Hey, in my culture this is normal so it’s not a big deal. It’s what my kids are used to.” (they were both correct, by the way)

But to be honest, I thought they were all crazy. This was not my scene, at all.

The judge is looking at everyone in the courtroom, and you can tell he’s just kind of “over” all this drama he’s seeing. And of course, you know he’s seeing crap like this all day long, right as rain.

So, he just looks around at everyone in the room…

And he calmly says, to everyone… yet, to no one in particular…

He says, “Life should be like the top of this table.”

And as he says this, he looks down at the government standard-issue chocolate brown long wooden table we’re all sitting around.

Everyone is silent and listening.

He takes his hand, long slim fingers… and then he runs them slowly across the top of the table, gently gliding across in front of him… out to one side of his body, and then back across to the other side…

“You just want to try and keep things nice and even. Just like the top of this table. Balanced.”

It’s kind of odd how I’ve always remembered this.

It wasn’t particularly “deep” as far as things like this go. And I wasn’t even very emotionally invested in any of these people or in the outcome.

However… what he was saying, was one of those things I just thought I needed to hang on to, for sometime later in life.

Which, frankly… in and of itself is pretty strange, also. Because I didn’t really have very much depth of understanding about how life works myself, at this point in time, and my “planning for the future skills” were close to zero at that time, as well.

But I often think of this quote, whenever events like New Year’s Eve comes around. Also, sometimes when my kids are unsure of themselves and getting ready to do something new… and if you really want to know, sometimes when I launch a new business or project.

As I’ve gotten older, I just find a lot of wisdom in that comment the judge made.

I don’t think he meant you shouldn’t have happiness or highs to celebrate. I think what he was saying is the inner balance of your life is much easier to manage when your highs and lows aren’t so extreme and out of whack from one another.

When things are calm, life is SOOOO much easier and you actually get lots much more out of it.

At least, I find it that way.

If you disagree or have a different outlook, feel free to let me know, below.

And make sure you go and have yourself a good weekend.

P.S. Hey, in case you didn’t submit any questions yet, for my next Q & A Video, make sure you submit them right here