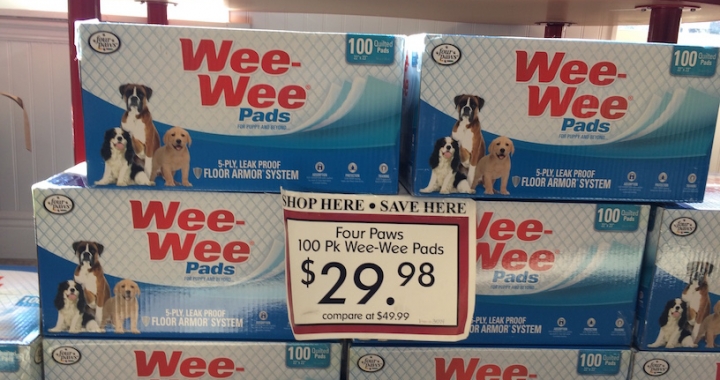 For people to lazy to walk their dogs to go pee…

Sometimes I wonder if there’s something wrong with me.

Or maybe if I just don’t see things the same way most people do.

Example: I belong to a professional trade association from an earlier career I had.

Last week they sent me an advertisement by email. “Today ONLY, the discount on Dell Computers is DOUBLE.”

Instead of giving me 2% off list price (I’m not kidding), now they are going to give me a whole FOUR percent.

Now I’ve been using Mac for sometime now, so I personally haven’t ordered a Dell computer in probably 7 years or so. But… for Christmas, I did get my older son a Dell laptop.

I think we paid $200 bucks for it and it does everything he needs to do. He could run a small business on there for the rest of his life, if he wanted to.

(Not to mention that NO ONE charges you “list price” for anything.)

I don’t understand what some companies are thinking. Or why they trust their ad people to create “sales” like this.

What an absolute waste of an email.

I’m carrying a giant bag of dog food to the counter at our local pet shop. My wife likes to shop there because they’re sort of an old fashioned, mom and pop type of store. Which makes you at least feel like your money is going to support someone who deserves it.

And just before I get to the counter, I see this: 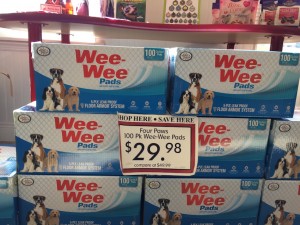 In case you’re not sure what this is, it’s diapers for dogs.

You see, there are thousands and thousands of people out there, who don’t take their dogs out for walks for whatever reason. (Mostly because they are too busy watching TV, I’d bet.)

So, to accommodate these people, there are now doggie diapers. This way, the dog can piss and shit all over him or herself, and not get it on your carpeting.

Then, during the commercials, you can get up and wipe them off, just like a little infant.

Only I would imagine a dog must feel absolutely awful to crapping in a diaper, if they’ve ever crapped outside before.

I recently wrote a lead generation direct mail piece that got a 32.85% response within the first 8 days. If you want strategy that gets results like this, go here

I would feel so embarrassed and so ashamed as a pet owner if I didn’t walk my dogs. I’d feel so unworthy of caring for that animal if i couldn’t do the thing they really love doing, a few times a day.

And yet… thousands of people apparently don’t even give it a second thought.

It just makes me wonder if I’ve gone mad. If the inmates are finally really running the asylum.

The older I get, the more I appreciate “normal.”